Our History and Beliefs

"In all ways acknowledge him, and he shall direct thy paths"
Proverbs 3:6 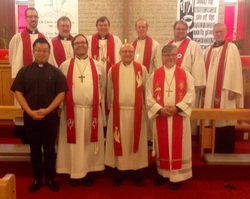 ​Rev. Harald Schoubye was installed at Holy Cross Lutheran Church on November 29, 2015. Central District President, Rev. Tom Prachar, officiated at the rite of installation and also gave the inspirational sermon. Many other pastors from the Red River Circuit also participated in the afternoon service. A reception of cake and dainties followed the service in the Fellowship Level where the congregation had the opportunity to welcome Rev. Schoubye and his lovely wife, Cynthia, personally. Rev. Schoubye was born in Berlin, Germany in 1955. He grew up in Winnipeg and completed a degree at the University of Manitoba. He graduated from Luther Seminary, Minnesota in 1980 and was ordained the same year. In 1991, he received a Masters of Theology Degree and in 1996 he received a Doctor of Theology from Concordia Seminary, St. Louis. Rev. Schoubye served as pastor in congregations in Manitoba, Saskatchewan, Minnesota and Missouri for many years. He served as vacancy pastor at Holy Cross for many months before accepting the call to become the full time minister for the congregation. 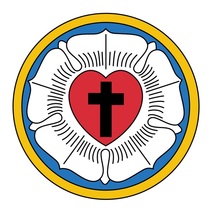 The Lutheran church is a direct result of the Protestant Reformation begun in 1517 by Martin Luther in Wittenberg, Germany. Lutheran Church–Canada was founded in 1988 when the Canadian congregations of St. Louis-based The Lutheran Church-Missouri Synod formed an autonomous Canadian church with three districts. The Alberta-British Columbia District offices are in Edmonton, Alberta, the Central District in Winnipeg, Manitoba and the East District in Kitchener, Ontario. The denomination retains close ties with the LCMS and other Lutheran church bodies around the world which follow the Biblically-based Lutheran Confessions. 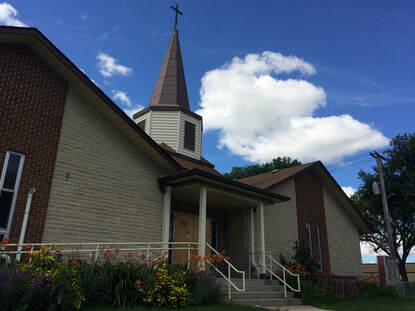 Holy Cross Ev. Lutheran Church congregation was organized and a constitution adopted on March 3, 1904.  Rev. K Plunz was installed as the first minister.  At this time services were conducted in a house located on the corner of Eaton St. and Herbert Avenue.  In 1910 the former Church was built and was followed by the school building in 1913.  However, in 1947 due to declining enrollment and deterioration of the school building the congregation resolved to close the school.

During the flood of 1950, the basement of the church was inundated with water as high as the windows.  Repairs and renovations were made but by 1973 the congregation realized that a new church building was inevitable and the old building was demolished.  During rebuilding, services were appreciatively held at St. Gerard's Parish.  By the grace of God the new church was dedicated on July 7, 1974. 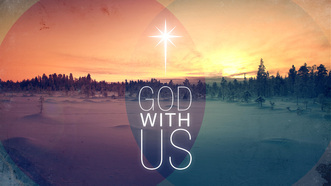 The basis of all Lutheran teachings is the Bible. Martin Luther and the other reformers wrote a series of documents answering accusations that their teaching was contrary to commonly held beliefs and practices of the 15th century church. These defenses and arguments, based upon the Bible were presented before a series of theological gatherings. Eventually, they were compiled into The Book of Concord. These comprise the doctrine and confession of the Lutheran Church.
Please click below for more information regarding the Lutheran Church of Canad's beliefs regarding various topics.
Additional Reading on Our Beliefs
Why should I go to church?
​Published December 12, 2013 on Lutheran Church Canada Website
by Don Schiemann
Rev. Don Schiemann

“Give me one good reason why I should go to church!” That’s a perfectly legitimate and valid question. It may have been in vogue to go to church 50 or 60 years ago; but, as most denominations will attest, church membership and attendance has experienced a steady decline since then. We had better be prepared to provide a good reason for people to start coming back to church.

What do churches have to offer that would move people to join them and become involved in worship and service? Let’s take a look at some of the “strategies” that certain churches have employed and the responses we might hear.

Church 1: We’re a friendly church.
The response: “So what. I have lots of friends and even if I didn’t, I would still look outside of the church. I simply don’t have much in common with ‘church people.’”

Church 2: Our church has a social conscience and we work for the poor and homeless.
The response: “I spent two weeks last summer working for Habitat for Humanity. I give regularly to the United Way and helped serve Thanksgiving dinner at the local soup kitchen. I didn’t need the church to do all of that so why do I need them now?”

Church 3: Our church has all kinds of activities for youth that will help them build character.
The response: “My kids are involved in hockey, soccer and music lessons. They are already challenged to find time for their school work let alone some church organization. As far as character, that’s my job and I make sure they practice responsible sex and don’t do drugs.”

Church 4: Our church will help you live a happy, meaningful, successful and fulfilled life.
The response: “No thanks.  I just read Steven Covey’s “7 Habits of Highly Effective People”, and I watch Dr. Phil and Oprah regularly so I think I’ve got that area covered.”

Church 6: We offer you a new life.
The response: “What’s wrong with my old life?!”

Well, if you’re like everyone else, you’ve made a lot of mistakes in your life. You’ve hurt people—sometimes even those closest to you; and in one way or another, you’ve disobeyed all of God’s law. Your life is quite broken. It may or may not be comfortable, but it is broken!
“Can’t I fix it on my own?”

If you could fix it, why haven’t you? The fact is, you can’t. But God can. He nailed our broken lives to the cross with His Son and in His resurrection, we have a newness of life.
“And I can receive this new life at church?”

Yes. But even better, we’ll provide you with what you need to sustain this new life. You’ll hear God’s promises spoken. You’ll receive the body and blood of Christ in Holy Communion to forgive the deeds of your old life and to strengthen your new life. God will take simple water and connect it with His Word and wash away the old life. We’ll give you something that you can take to the grave and that will one day take you out of the grave!

​What’s the catch? What do I have to do? How much is it going to cost me?
There is no catch. There is nothing you have to do. There is nothing you can do. There is a great cost attached to this, but God has already paid it for you. It’s like this: “At one time we too were foolish, disobedient, deceived and enslaved by all kinds of passions and pleasures. We lived in malice and envy, being hated and hating one another. But when the kindness and love of God our Saviour appeared, He saved us, not because of righteous things we had done, but because of His mercy. He saved us through the washing of rebirth and renewal by the Holy Spirit, whom He poured out on us generously through Jesus Christ our Saviour, so that, having been justified by His grace, we might become heirs having the hope of eternal life” (Titus 3:3-7).
Well?
——————--
Rev. Don Schiemann is President of the Alberta-British Columbia District of Lutheran Church–Canada